Our increasing reliance on natural gas brings with it both opportunities and dangers during the shift towards renewable energy. This issue deals with some major issues regarding natural gas deployment in industry, power generation, food production, and heating.

Here we review major renewable energy topics from 2010 and then turn towards analyzing energy issues for 2011 and beyond.

The long term supply for nuclear fission fuels on the planet earth is estimated to last several thousand years at current consumption levels, assuming that we adopt reprocessing as well as develop and implement breeder reactors.

The intent of this publication is an ongoing investigation of the progress and potential of renewable energy in our world. Our goal is to collect the best writing and news on the subject of renewable energy projects and policies. We have observed that humanity is innovating rapidly as the energy security of the future becomes a global priority. Current trends indicate that the age of coal will end before we run out of coal.

Photovoltaic solar power is the technical term for solar panels that convert sunlight directly into electricity. This is in contrast to techniques that capture solar energy in other ways, or for different uses. Other techniques include hot water heating, interior temperature control, and concentrated heat for electricity production.

Vision of Earth is the host of the newly created renewable energy review. This is a blog carnival attempting to look at the development of renewable energy in the world today. Submitted articles will be judged on their quality, accuracy, and relevance. Once enough high-quality submissions are accumulated for a publication, our editors will write a brief review piece, linking to these novel contributions. We intend to comment meaningfully on the developments in renewable energy in our world.

We have been captivated for a long time by the intriguing possibilities inherent in combining Manitoba’s extensive hydro resources with Saskatchewan’s high-quality wind power. A number of other groups in Saskatchewan have been lobbying for greater interconnection between the two power grids to take advantage of the natural synergy that exists between wind power and reservoir-based hydro power.

We want the ability to directly support the development of renewable electricity generation. We don’t just mean buying GreenPower from sources that already exist. We want to be able to choose to put our money out there so that these things can actually happen. We want to support projects that haven’t yet been built, or even started.

The feed-in tariff is a well known policy mechanism in the area of electricity generation. It has been applied in many countries with the intent of encouraging the development of renewable power generation. Such a policy typically involves guaranteeing to desired types of generation both subsidized long term prices for electricity and guaranteed grid access. This policy has been well utilized notably in Germany and Spain, where residents have seen very stable electricity prices coupled with tremendous growth of the renewable energy sector of their economies.

When wind isn’t blowing hard, use a dispatchable source such as hydro to produce power. Let’s assume that we have 150 MW of hydro on hand to cover the Centennial Wind Farm when the wind isn’t blowing. If we look at entire year of production, we can expect that about 42.4% of all energy will have come from the wind, and that the remaining 57.6% of the energy would have come from the hydro. What is necessary for a system like this to work is to have enough water behind the hydro dam that it can cover a fairly long spell of low winds. This could be as long as several days. If our hydro reservoir is big enough to cover that time, we should be able to cover the intermittent nature of the wind for the whole year. If it isn’t big enough, we will have to get our power from elsewhere. Perhaps importing it from neighboring grids or by using another source such as natural gas.

What people really want is reliable power. We don’t want to end up freezing in the dark. Electricity is important enough to our society that our energy security is of great importance to us. This is a fundamental issue that all technically advanced nations have to face.
It would be a mistake to equate baseload with reliable. Baseload power sources still have to turn off sometimes. In some cases, the downtimes for the big thermal plants such as nuclear and coal can be several percent of their lifetimes. If our power grid were based off of only baseload sources of this type we might see rolling blackouts now and then unless we built extra power plants to cover the downtime.

In the most general sense, we are talking about moving power from one place to another. The electric grid accomplishes this by having power lines between generation stations and demand locations such as homes and businesses. Some general rules apply to this sort of technology. The more power you have to move, the more expensive it will be to build the infrastructure to do it. The further you have to move the power, the more energy losses you are going to have in doing so. These rules apply in general, but the specifics of a problem will dictate what sort of solution is applied.

We proposed a feed-in tariff for renewable energy resources such as wind, solar, and hydro power. What this means is basically that people or companies who produced power from these sources would be paid more for their electricity than non-renewable providers. See our proposal for more details about the practicality and effectiveness of a feed-in tariff as well as more detail on tailoring the solution for Saskatchewan. The intent of this policy mechanism is to stimulate an increase in private investment into these technologies.

Arguments can certainly be made to support either side of this argument. This article gives examples of valid arguments on both sides of the issue. In general it is clear that understanding of nuclear energy fundamentals is a prerequisite for creating nuclear weapons. In this area however, the proverbial cat is out of the bag. Pandora’s box has been opened. The knowledge exists and is relatively widespread. The real question is what to choose to do with the knowledge that the world now has.

This piece refers to kilowatt-hours (kWh) and costs-per-kWh as well as cost per installed watt ($/kW). If you are new to these units, please consult our introduction to energy system terms. In this area of knowledge, we defer to our publicly-owned utility for the best possible answer. Sask Power’s analysis in 2009, submitted to the […]

While some variants of nuclear power plants are estimated to cost up to five times as much as competing technologies such as minimally-compliant coal power, these are extreme examples. Most populations will not allow minimally-compliant coal plants to be built because of their substantially dangerous pollution as well as radioactivity levels far above those of a nuclear power plant. Their radioactive and chemical emissions come in the form of massive fly ash ponds as well as airborne fly ash emissions.

A power utility has to have the capability of calling into service enough power to make up for the loss of its largest generator on short notice. For a nuclear generator, this would be between 300 and 2000 MW. In our home province of Saskatchewan, the largest single generator SaskPower has to keep backup capacity for currently is a 300MW coal unit. However, if the entire Boundary Dam facility went down, the Saskatchewan system could be missing as much as 813 MW of power. 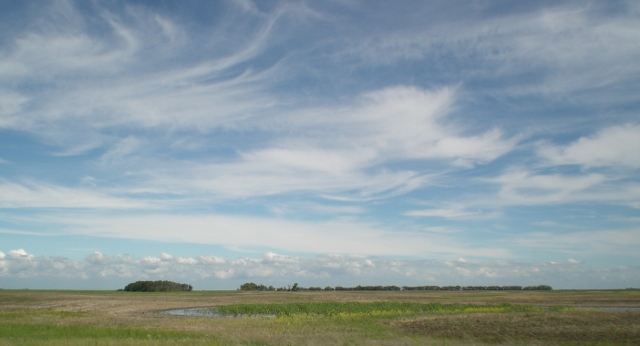 We presented at the Legislature regarding Saskatchewan’s Energy Future. We proposed a feed-in tariff, increased wind power, adoption of a smart grid, and LEED incentives.